The Punjab government today announced 14-days of mandatory home quarantine for passengers returning to the state via flights, buses, and trains as flights are all set to resume from Monday. Chhatisgarh followed suit and Chief Minister Bhupesh Baghel also called for a mandatory 14-day institutional quarantine for passengers upon arrival in his state.

The decision comes after as many as six states, including Kerala, Karnataka and Assam, insisted that people arriving via domestic flights have to be quarantined.

In a letter to Civil Aviation Minister Hardeep Singh Puri, Bhupesh Baghel said the possibility of the spread of coronavirus could not be ruled out if flight operations resumed.

Mr Baghel also urged the centre for “elaborate details” of passengers on each flight.

Hardeep Singh Puri had on Wednesday announced that domestic passenger flight services will resume from May 25 in a “calibrated manner”.

“I don’t know why we are making such a fuss on the quarantine issue. Bhai, this is domestic travel. Same laws will apply here that applies when you travel by train or a bus… People who are positive will not be allowed to board the flights,” he said.

The civil aviation ministry released an exhaustive list of guidelines for passengers, including web check-ins, mandatory social distancing and thermal screening, the use of protective gear throughout the journey, and displaying “green” status on the coronavirus tracker app Aarogya Setu.

Karnataka, this morning announced a seven-day mandatory institutional quarantine and seven days of home isolation for passengers returning from six states with the highest coronavirus cases. Exemptions will be made for the elderly, the terminally-ill, children and pregnant women. 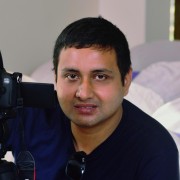 Shopping A Subdued Affair At Kerala Market Amid COVID-19

Amid COVID-19, A Different Jumat-ul-Vida For Delhi This Year